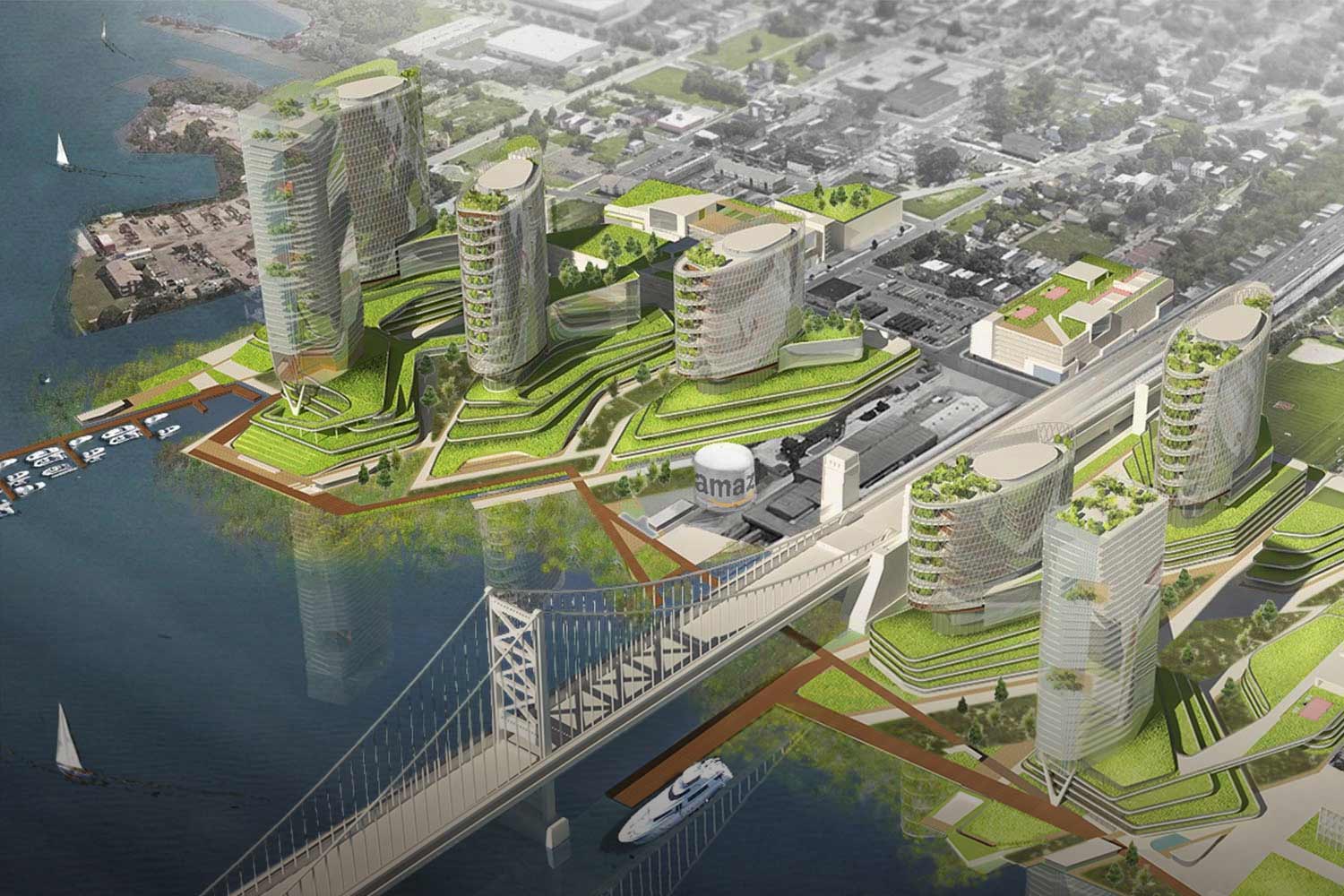 Cooper’s Ferry Partnership is a development arm for the city of Camden, New Jersey. When they decided to enter the competition for Amazon’s second campus they wanted to create a program to include 8,000,000 SF of office and amenity. EwingCole designed the campus with a focus on the water­front property and planned 6,000,000 SF of office and amenity space. The campus lies between the city and the Delaware river and is divided by an in­dustrial facility and the Benjamin Franklin bridge. On the city side, a commercial development strengthens the city street, while at the river’s edge, a boardwalk ties together the striated configuration.

"We were very interested in making this project a statement that reflected Camden’s strong mandate to move in the direction of sustainability and green building. EwingCole heard what we said and took everything about ten steps further." 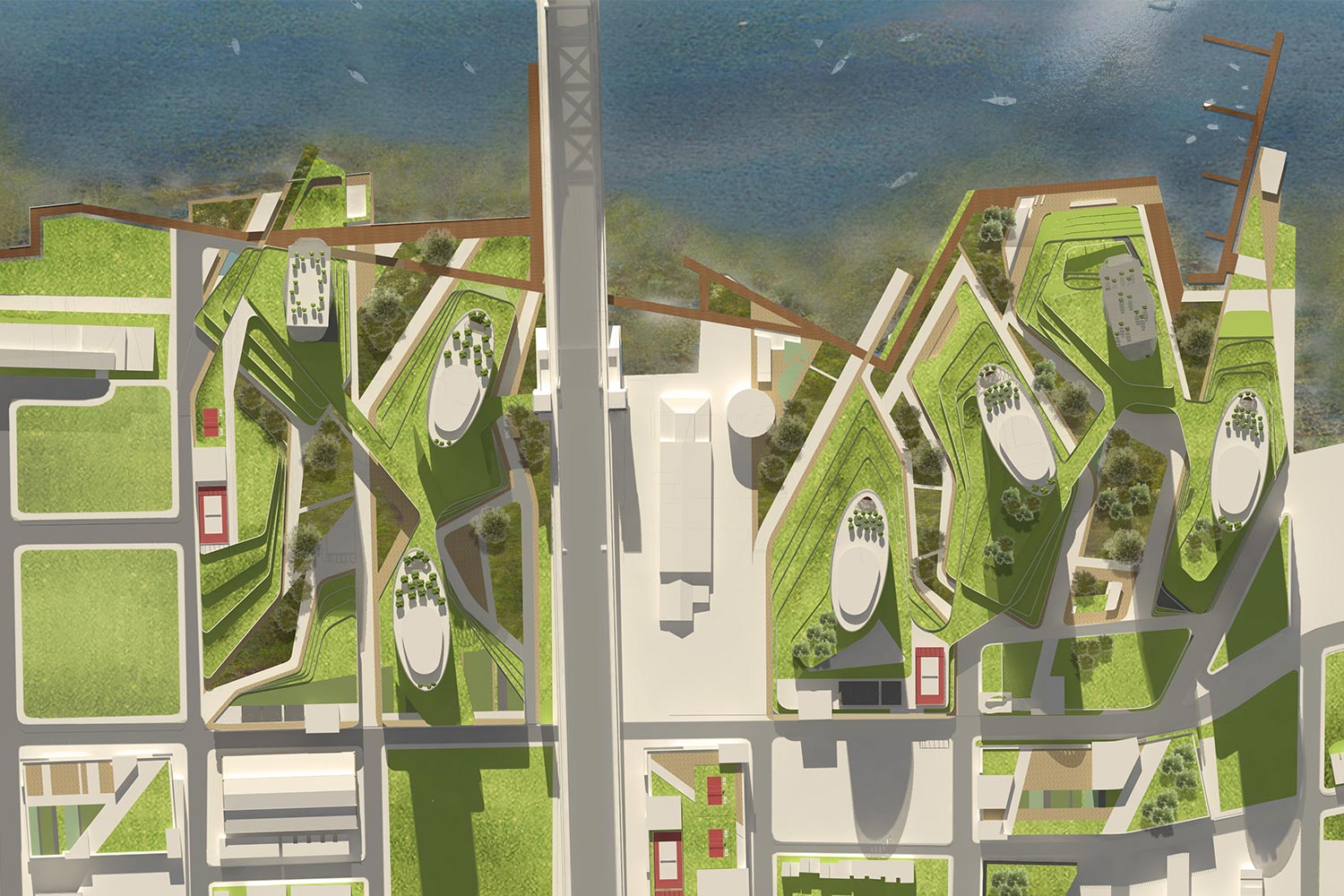 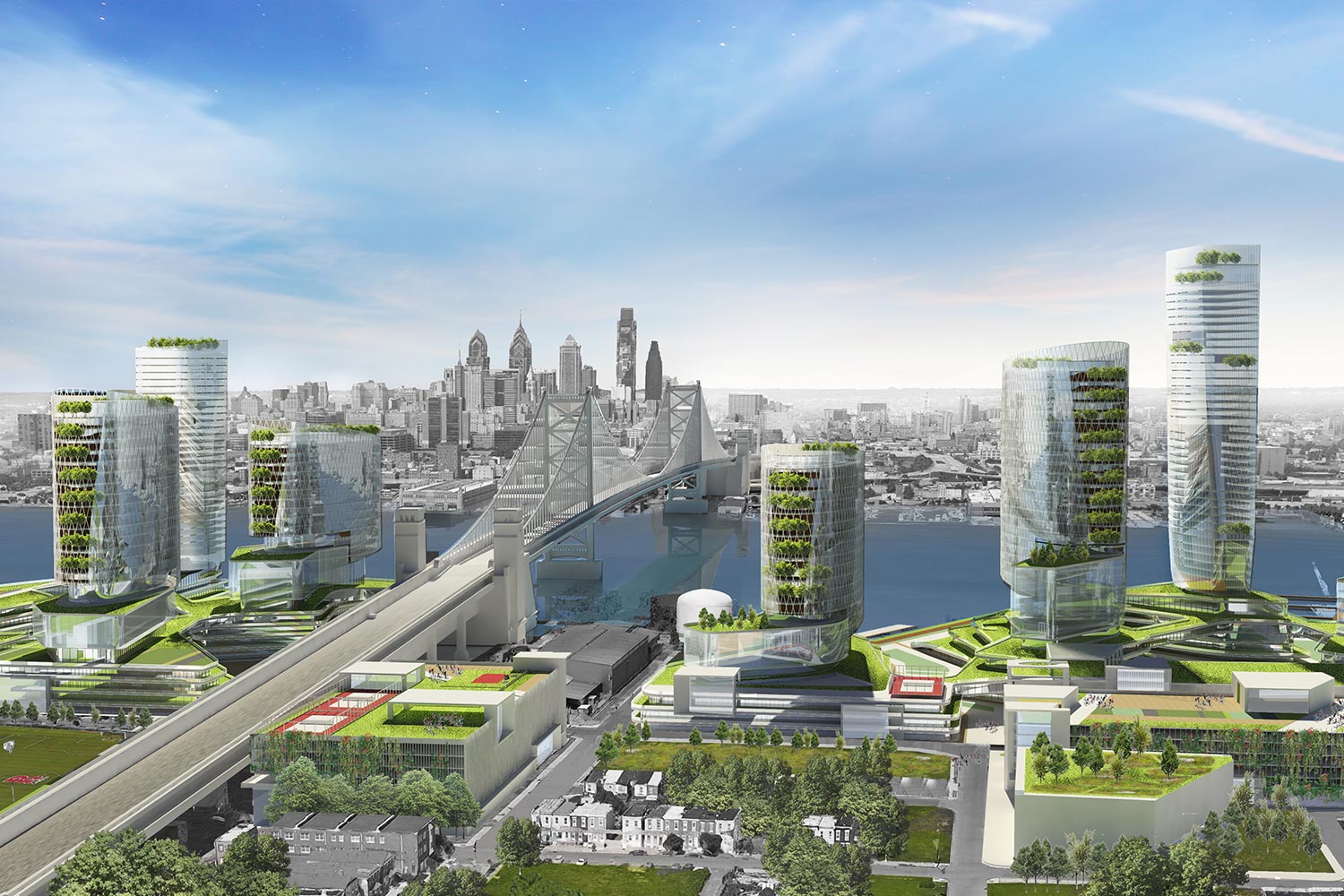 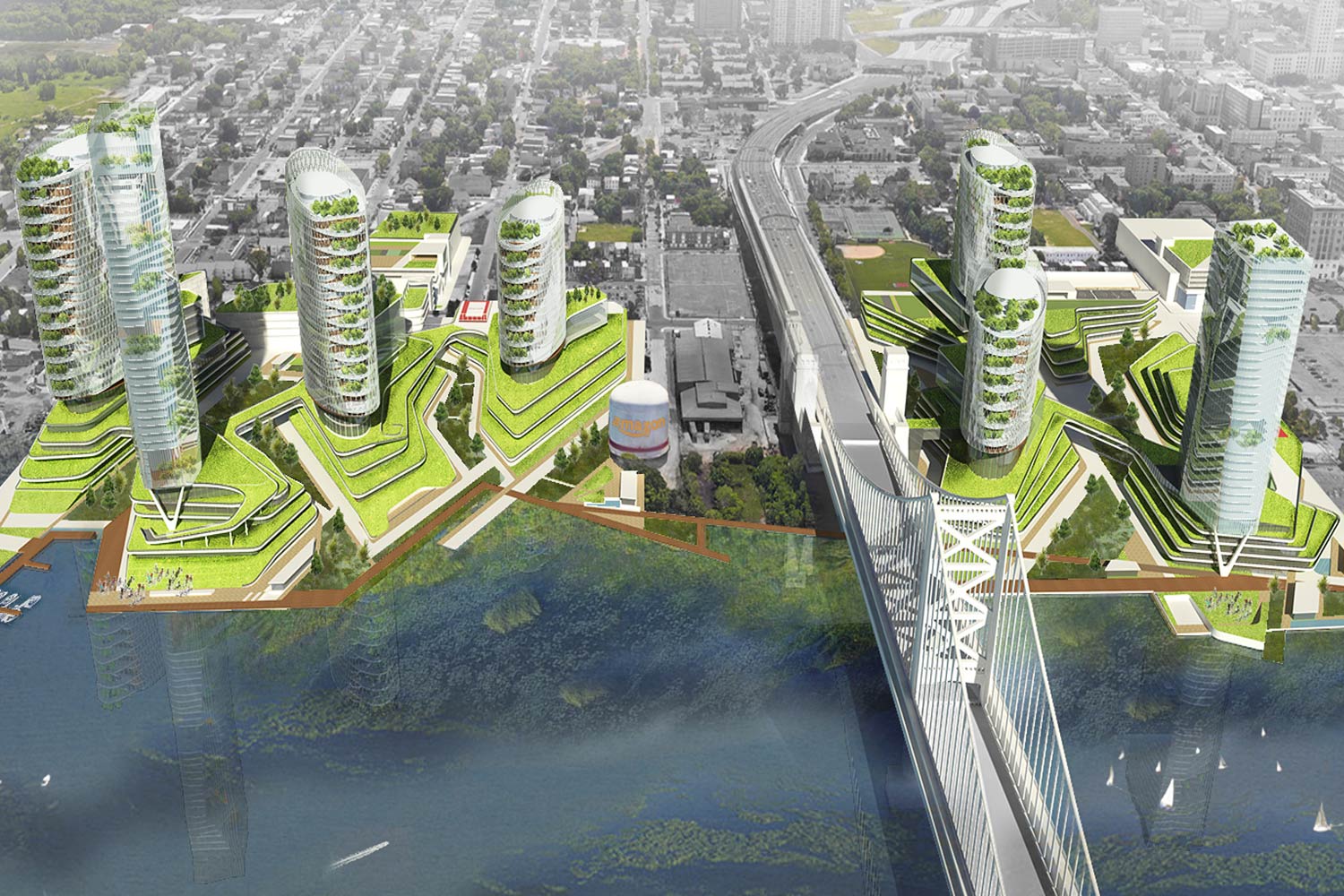 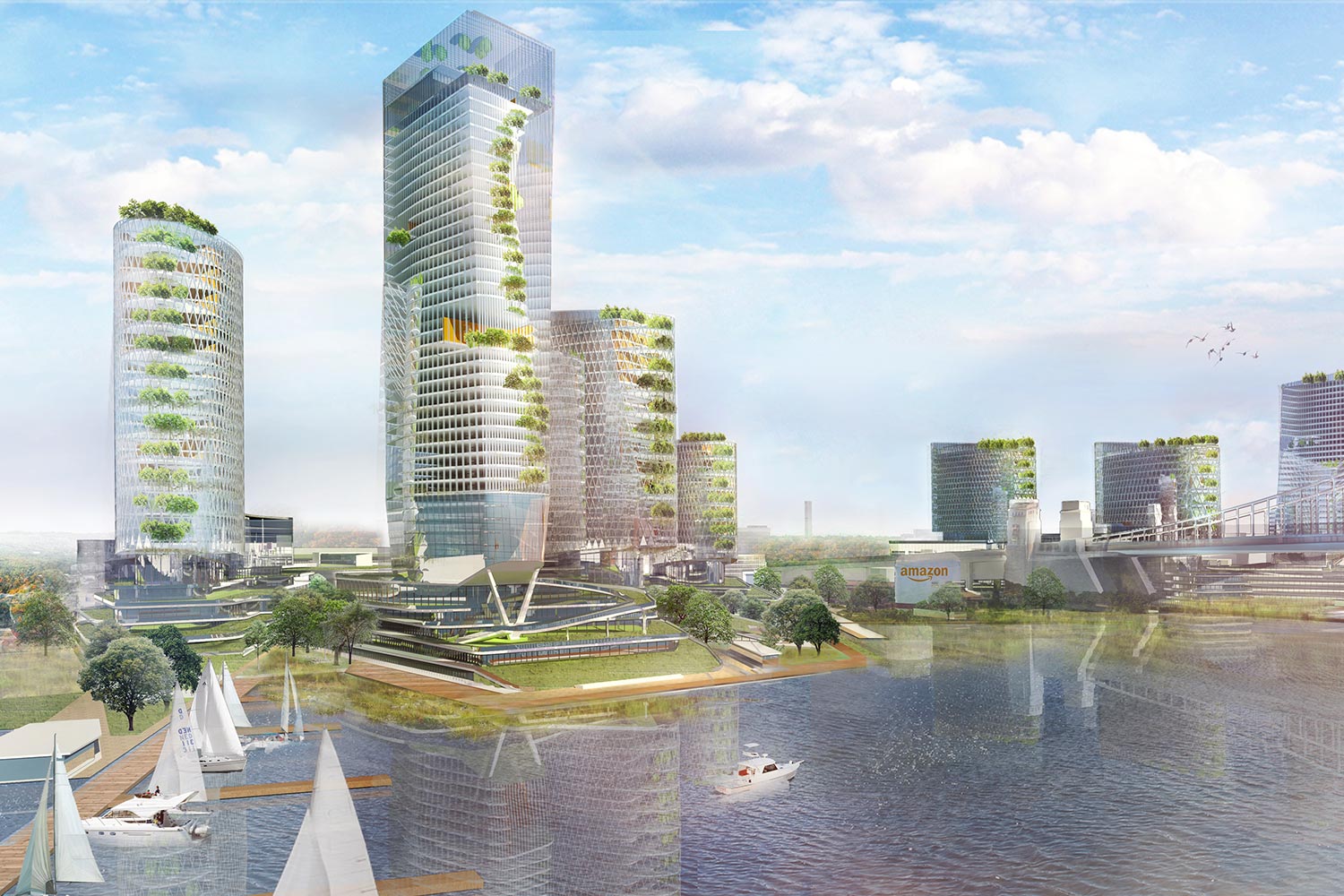 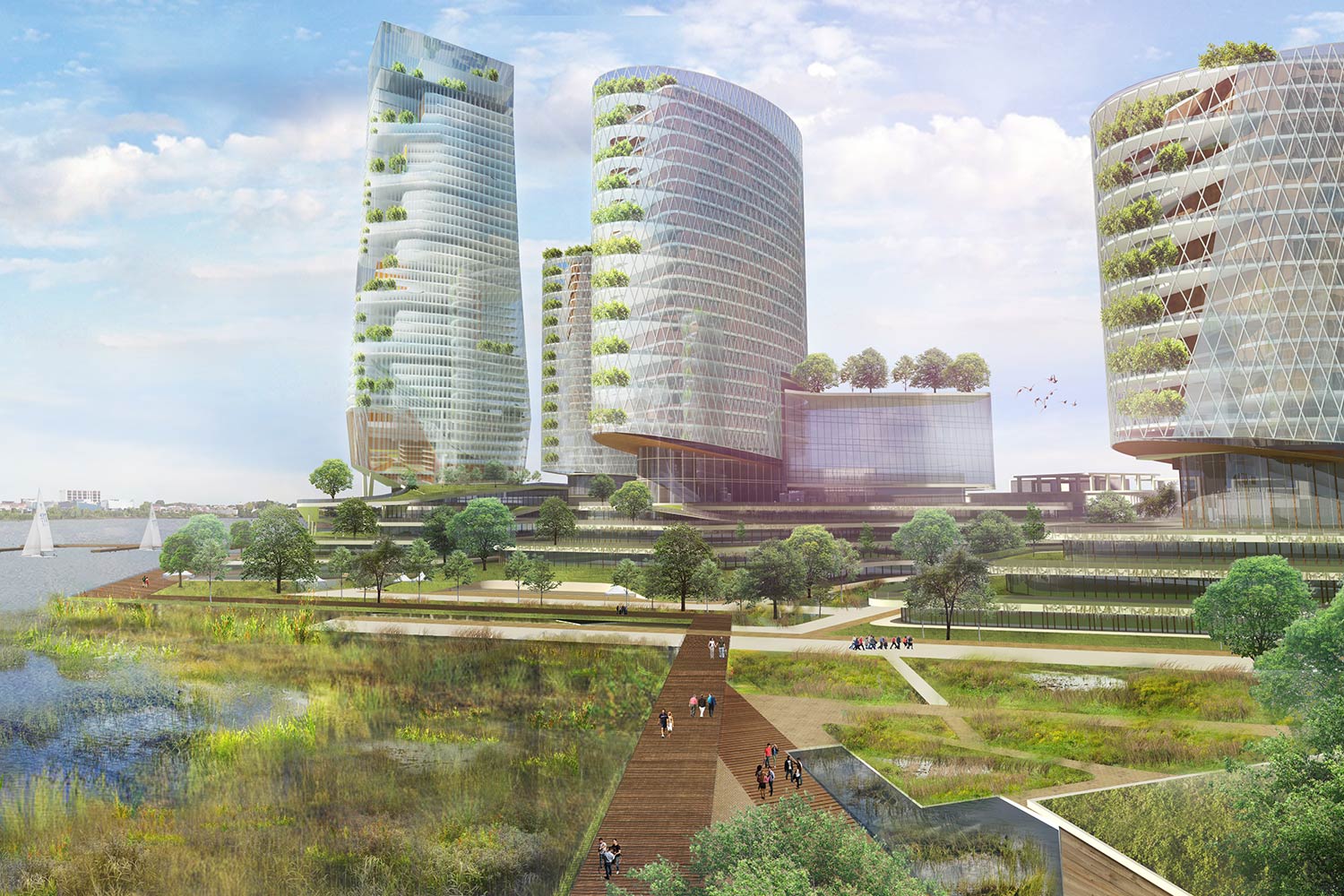 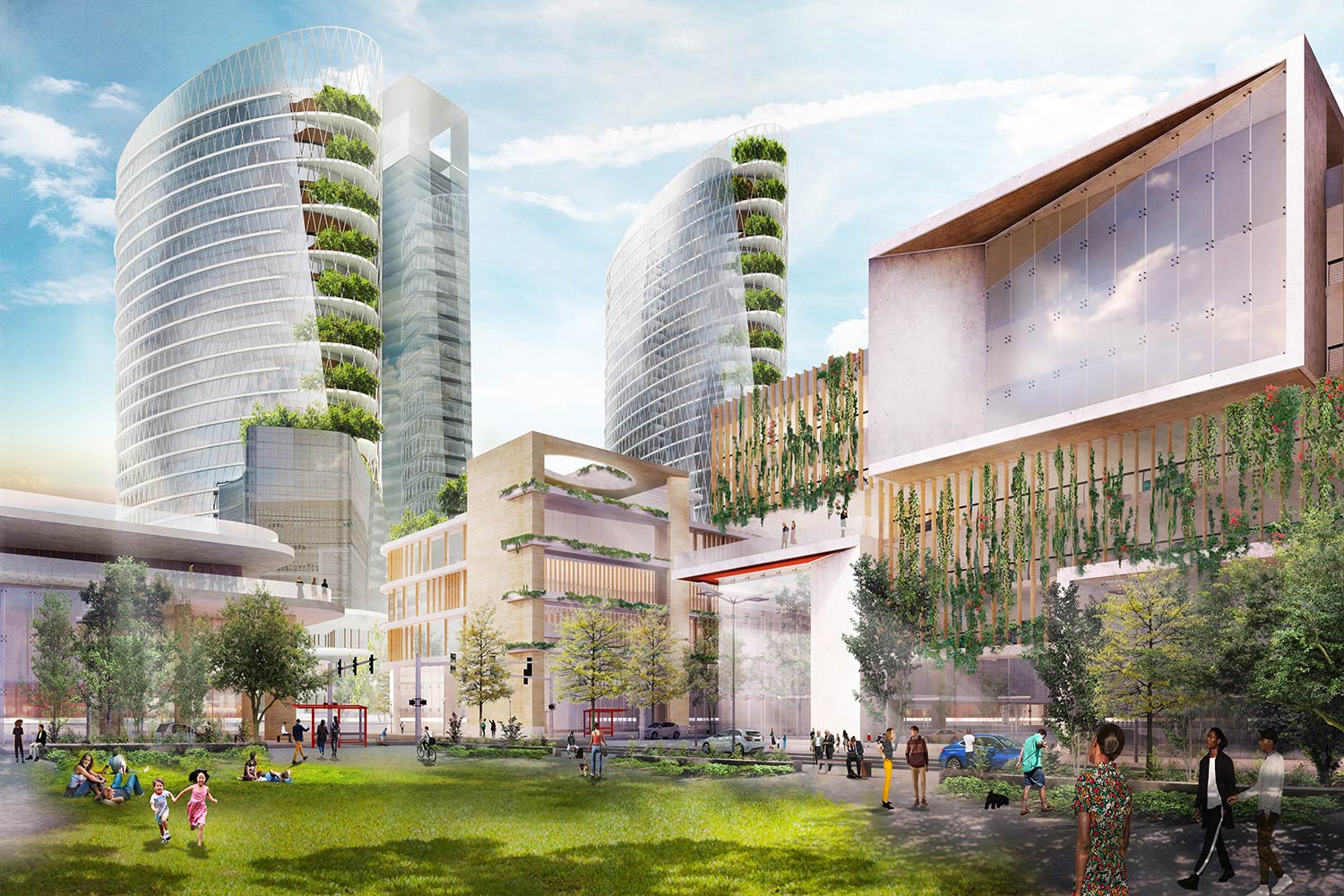 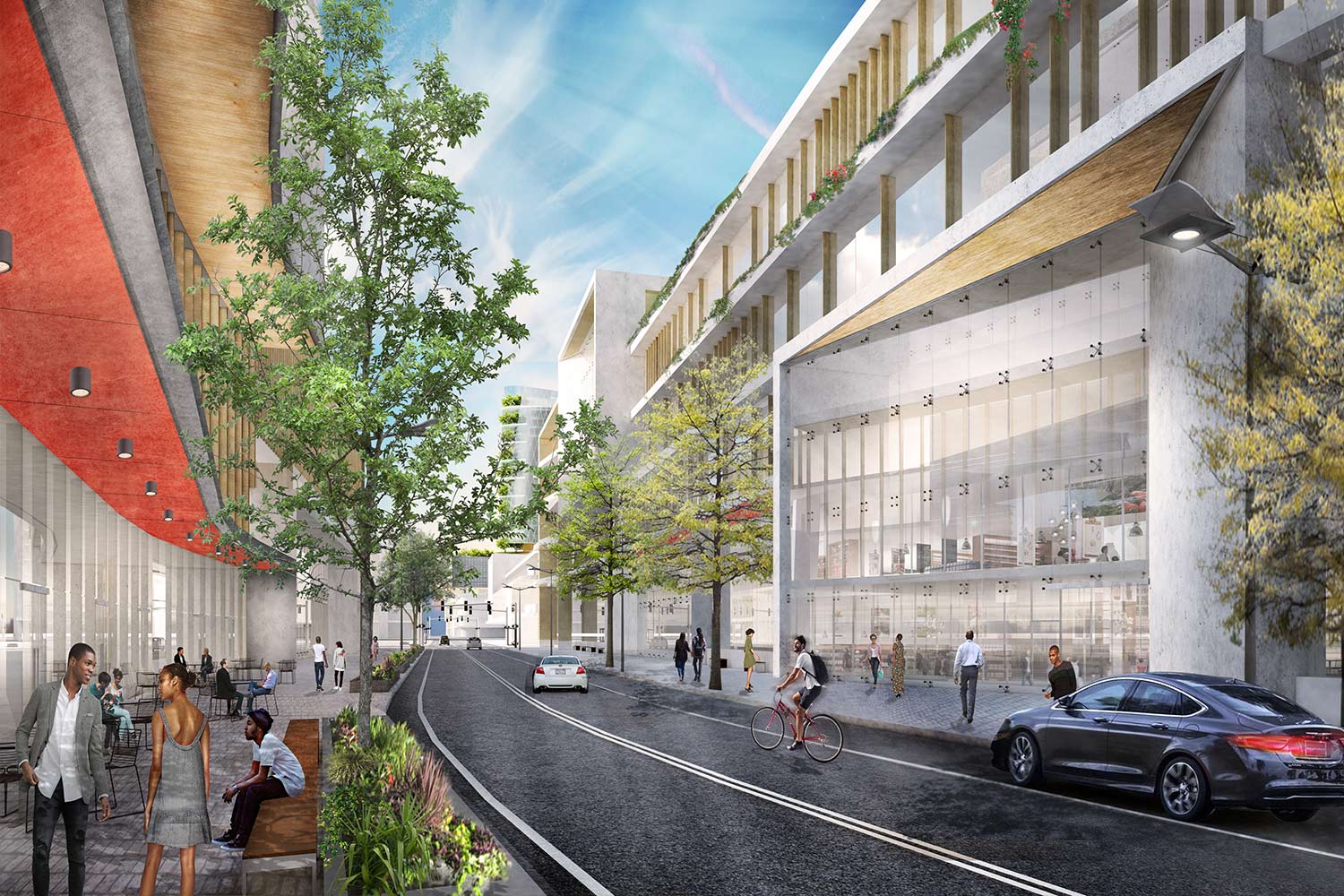