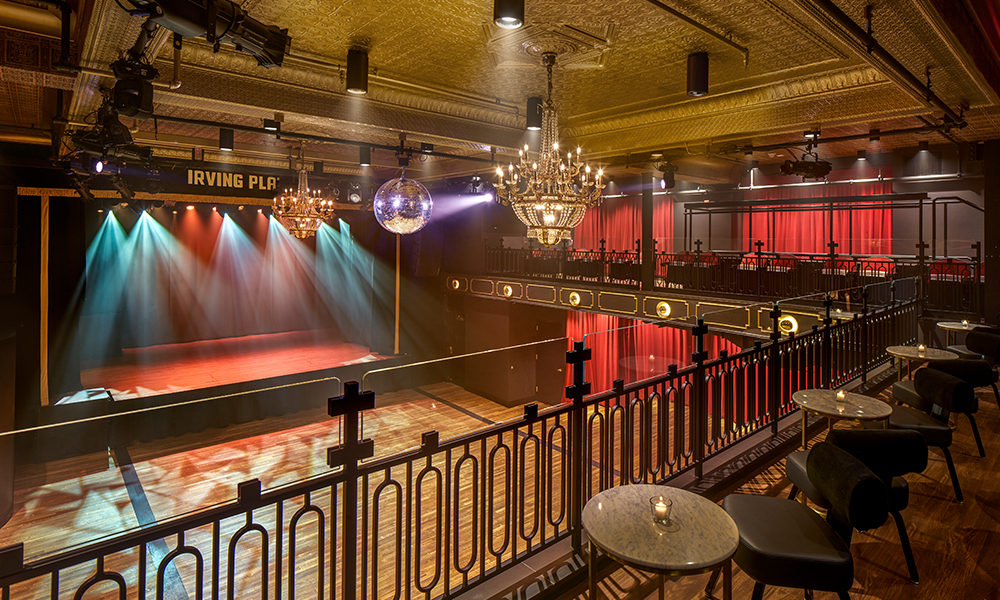 Posted at 17:34h in Press by Zach Deritis

Irving Plaza, the long-running and newly renovated New York venue, is back in business with 40 new concerts on its schedule, including a grand reopening with Ashley McBryde kicking things off on Aug. 17; the full initial lineup, which stretches into next May, appears below.

The concert hall closed for renovations in 2019, undergoing a multi-million dollar transformation that still maintains its 19th-Century “charms,” according to a press release. Irving Plaza will host 1,200 fans with improved sightlines, sound/lights and production. The improvements also include an upscale VIP Lounge with private bar and balcony level boxes that offer unobstructed views of the stage.

New comforts for the artists include two fully renovated balcony-level dressing rooms featuring direct stage access and an adjacent green room with a private bathroom and amenities. The expanded lobby and bar area provide a new space for multifunctional use, including artist merchandise, meet and greets, or for individually curated events.

“We are excited to reveal our grand reopening series of shows and look forward to reopening our doors and bringing live music back to New York City. It will be great to finally be able to reconnect music fans with their favorite artists, especially here in this beautifully restored room,” said Geoff Gordon, Regional President, Live Nation, which operates the venue.