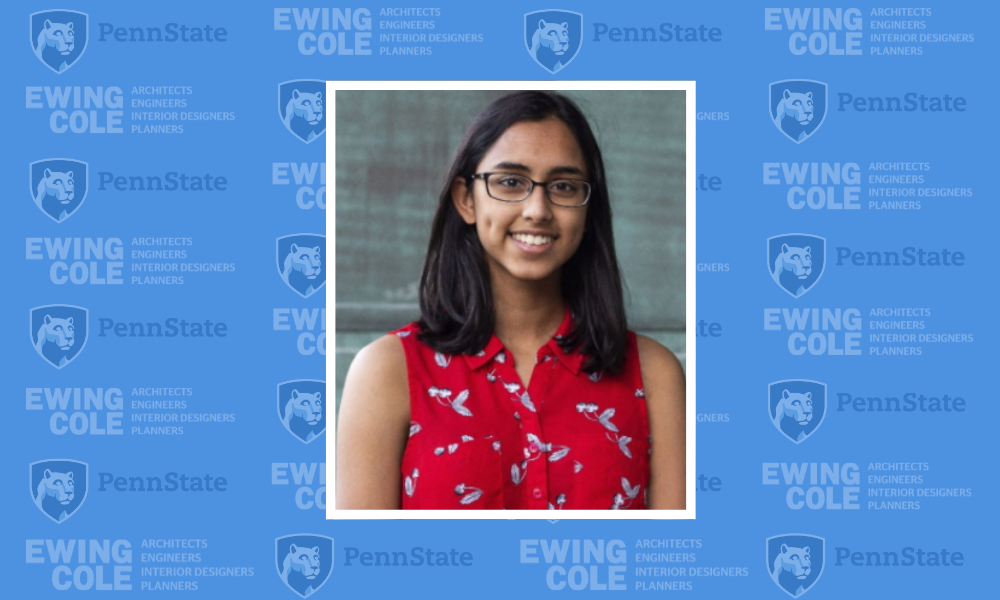 Posted at 17:59h in News by Zach Deritis

While at Penn State, Bhajat was active in the interdisciplinary Solar Decathlon competition, designing net-zero, energy-ready homes. She further pursued her interest in sustainability by becoming LEED accredited and a Certiﬁed Passive House Consultant. Bhajat has also conducted independent research on build-it-yourself modular construction systems. She is going on to pursue graduate studies at the Architectural Association School in London.

EwingCole has a history of philanthropy at Penn State. In 1992, the firm created a $20,000 endowment that generated two scholarships awarded to one fourth-year architecture student and one fourth-year AE student annually. The scholarships are given to students who achieve outstanding academic success in their studies. This endowment was doubled in 2016 as a renewed commitment to both departments at Penn State.

Additionally, EwingCole committed two $25,000 gifts in 2019; one to the Department of Architecture and one to the Department of Architectural Engineering (AE) at Penn State. Known as the EwingCole Endowment for Systems Integration, the $50,000 total commitment underwrites special events and activities, bridging together the architecture and AE curricula in the study of building systems integration.